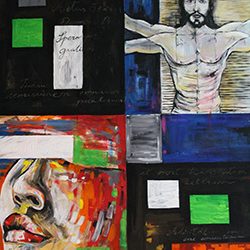 Through close relations with some of the best and most representative law firms and national jurisconsults based in Lisbon, Cavaleiro & Associados ensures the provision of quality legal services, with presence in the country’s capital, as well as throughout the national territory.

Continuing with the expansion plan of Cavaleiro & Associados, we became aware of the presence in a new market – Viseu-, associating itself with one of the Law Offices with more history of the Northern Country, the Lobo do Amaral, in a space that was headed by longing for Dr. José Bandeira.

The office, which has been founded by the renowned Dr. Fernando Amaral, Lawyer, who, among many other positions, was President of the Assembly of the Portuguese Republic, was conducted in the last 42 years by Dr. Fernando do Lobo Amaral and currently has Dr. João Pedro Lobo Amaral (3rd generation).

The presence in this important business and industrial center accompanies the growth of customers and so leaves us very satisfied. We are always available and can find us at the centrality of Rua Miguel Bombarda, no. 13 1., 3510-089 Viseu.

Cavaleiro & Associados assures a global reach in the legal advice of international trust, through its presence for several years in one of the most important European squares, Paris.

In association with reputed law firms and lawyers in the French capital, the presence in Paris has allowed the international advisory services of European companies and investors in Portugal.

The French capital assumes as international platform for as diverse geographies as Africa, Middle East and South America.

ALGERIA, NORWAY, JORDAN, BRAZIL AND THE UNITED STATES OF AMERICA

Cavaleiro & Associados maintains informal associations with law firms in Brazil, as well as in the cities of Algiers, Amman, Oslo, Orlando and Boston (USA).